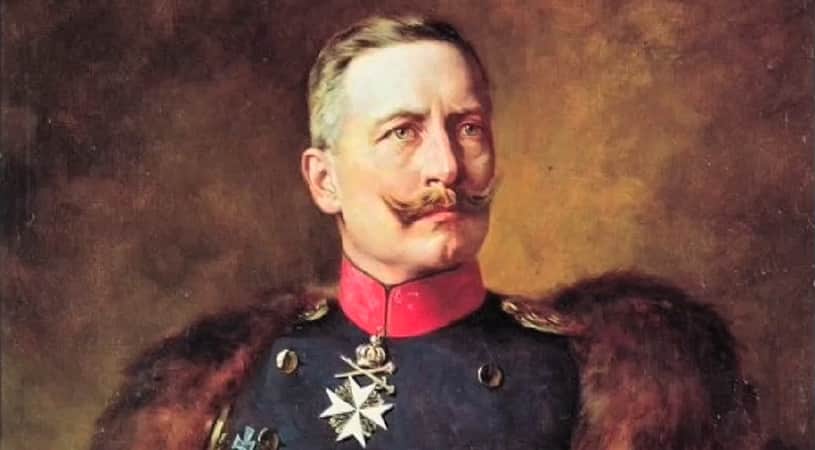 German Chancellor Angela Merkel’s staff published a photo taken at the recent G7 summit that showed Merkel glowering at a defiant President Donald Trump, suggesting that Trump was isolated and alienating America’s allies. Yet when we examine actual behavior, it is Germany that is beggaring its neighbors and failing to live up to international obligations. Worryingly, this is a reversion to a long-established pattern of behavior.

The G7 group of leaders of the major industrial economies was formed in 1975 to combat the recession. As such it was moderately useful; a certain amount of co-ordination of the world’s economic policies can be helpful, especially when faced with a major economic crisis such as 1974 or 2008. The problem arises when the major industrial economies agree on an approach, and that approach is wrong, as with the world outbreak of “funny money” after the 2008 financial crisis. In addition, the G7 group acquired an unwelcome political dimension when Russia was admitted in 1998 (having economically none of the “advanced economy” characteristics for admission) and was then thrown out again after its 2014 invasion of Ukraine.

Today, G7 meetings are positively damaging. For one thing, they now include far too many international bureaucrats such as the head of the IMF and various representatives of the European Union. Consequently, policies (almost always bad) favored by international bureaucrats are pushed, and those opposed by them ignored. Moreover, the G7 meetings have spread far beyond the simple economic questions that were their original purpose. At the recent meeting, Trump was late for a meeting on diversity and skipped a meeting on global warming, both of which were attempts to impose left-wing bureaucrat fantasies on the world, and neither of which was a legitimate economic question.

Since the G7 meetings have now become vehicles for politically correct left-Keynesianism, they should be abandoned. If another economic crisis occurs, it is in any case foolish in today’s economy to agree policies only through the G7 group of rich countries; a truly global solution will require the help of Russia, India and China. Fortunately, an organization exists, the G20, that brings this larger group together, though naturally it too is bedeviled and compromised by international bureaucrats, Keynesians and leftist fanatics.

German outrage at Trump’s intransigence is however uncalled-for when one looks at what a bad neighbor Germany has been in recent years. Donald Trump’s complaint that Germany spends less than 2% of GDP on its defense – in fact about 1.3% of GDP — is only the beginning of it. Germany has a budget that is very close to balance – far closer than either of the other G7 states – and a balance of payments in huge surplus, so would benefit economically from spending its full whack of defense costs on mostly German goods and services, adding a few imports of equipment manufactured by its trading partners.

The additional spending would reduce its balance of payments surplus, would not throw its budget out of whack and, most important, would strengthen NATO’s hand in negotiations with Vladimir Putin and others. Only Germany’s extraordinary arrogance and disdain for its neighbors prevents it taking this simple step.

On refugees and immigration in general, Germany’s policy has been one of beggaring and dominating its neighbors. Merkel’s insistence in 2015 on a totally unrealistic policy towards refugees from the Middle East and North Africa has torn the EU in two and led to populist gains everywhere as populations rebel against Germany’s dictation of what should be their domestic policies. Countries such as Hungary, Poland and Italy that are much poorer than Germany and do not have its surplus of money to waste on troublesome uninvited guests, are expected to comply with Merkel’s wishes, even though they may severely damage their own societies both economically and socially by doing so.

The Euro, also, has worked in practice as a subsidy for Germany’s exporters. Labor costs in southern Europe have increased more rapidly than in Germany in the last two decades, mostly because those countries lack Germany’s tradition of labor discipline and co-operative union bargaining. In consequence, southern Europe has become uncompetitive, raising unemployment rates there, while Germany has run fantastic trade surpluses, impoverishing its neighbors for the sake of its exporters.

Perhaps Germany’s biggest neighbor-beggaring policy, though it has also beggared itself, is its approach to global warming. Not only did it heavily subsidize solar power, a power source that makes little sense in Germany’s generally clouded Northern European climate, it also decided to phase out its nuclear power decades before that was necessary. In consequence, Germany has power costs more than double even those of most of its high-cost European neighbors and has lost much of its heavy industry to competitors. Naturally, through the EU Germany attempts to impose these self-destructive policies on its neighbors, including those in Eastern Europe that have lower standards of living and a greater economic need for heavy industry.

Germany’s attempts to dominate and impoverish its neighbors are well in line with its historical tradition since 1918, with the notable exception of the period under the capable and neighbor-friendly Konrad Adenauer. Adolf Hitler, who gained 33.1% of the vote at the November 1932 Federal election before he came to power (a decline from his 37% at the previous election) compared to Merkel’s 32.9% last September, had a similar economic approach to neighbors, imposing autarkic policies on Eastern Europe that impoverished those countries for the benefit of Germany. Given the trajectory of the current Polish government, Merkel may even be tempted to imitate the Fuehrer by invading Poland, though fortunately Germany currently lacks the defense forces with which it could do so.

The comparison between Merkel and Hitler is not entirely unfair, quite apart from the remarkable similarity in their democratic mandates. Merkel was brought up in the very unpleasant East Germany, and in her youth was an enthusiastic participant in the power structure of that regime. Having travelled to East Germany in the 1980s, along with several other Eastern Bloc countries, I can tell you that it was quite the nastiest of them, with an atmosphere that was truly alien and chilling – East Berlin was much more unpleasant and frightening than Moscow. The German qualities of efficiency and thoroughness could be and were used for evil as well as for good.

Merkel’s is simply not a background one should trust for a supposedly center-right leader in a democratic country. The enthusiasm for Karl Marx demonstrated at his recent bi-centenary by her EU colleague and partner in continent-wide oppression Jean-Claude Junker further indicates that the EU has become deeply compromised. It is now openly a force for oppression and tyranny, not for freedom of any kind (it was always generally a force for economic illiteracy). Germany under Merkel has been a leader in that sinister transformation, and has now become as damaging to its neighbors, in kind if not in degree, as was the Third Reich.

Wo sind die Hohenzollern? Kaiser Wilhelm II was vilified after 1914 for his role in precipitating World War I, the greatest disaster in human history, yet recent scholarship (for example Christopher Clark’s “The sleepwalkers”) suggests that others were far more to blame, both within Germany and more particularly outside it. (What POSSESSED Sir Edward Grey?) French and Russian bureaucrats doctored their records to falsify the timeline and throw the blame for war on Germany. The War Guilt clauses of the 1919 Treaty of Versailles were a tissue of lies from beginning to end.

During his 26 years in power before 1914, Wilhelm II pursued an expansionist free-market economic policy, albeit a protectionist one that took advantage of Britain’s foolish unilateral commitment to free trade. Neighboring countries benefited from Germany’s rapidly rising prosperity, as well as from her rapid technological advances, strongly encouraged by Wilhelm II, in areas such as chemicals and pharmaceuticals as well as in manufacturing in general. Germany was also largely democratic in Wilhelm II’s day, with less state control over the media than under the Third Reich, or than will be imposed by the unholy alliance between Merkel and Facebook.

Georg Friedrich, the current Hohenzollern claimant, is a 42-year-old who appears to have little of the pizzazz of his great-great grandfather. That’s a pity. His illustrious ancestor was famous for blustering indiscretions, with a flamboyant taste in uniforms and décor. In other words, he would get on with President Trump far better than any of the current lackluster crop of G7 leaders, though we should perhaps not wish Trump to get too many ideas from the All-Highest for new uniforms and medal collections.

The inability of the German electorate to remove Merkel is increasingly a danger for both Germany and its neighbors. At this stage, only a root-and-branch evisceration of Germany’s political class will make the necessary changes in policy. Given Germany’s turbulent history, bringing back the Hohenzollerns might be the one safe way to produce such an upheaval. It would also rectify, almost a century late, the historic wrong perpetrated in 1918.

-0-
(The Bear’s Lair is a weekly column that is intended to appear each Monday, an appropriately gloomy day of the week. Its rationale is that the proportion of “sell” recommendations put out by Wall Street houses remains far below that of “buy” recommendations. Accordingly, investors have an excess of positive information and very little negative information. The column thus takes the ursine view of life and the market, in the hope that it may be usefully different from what investors see elsewhere.)
—